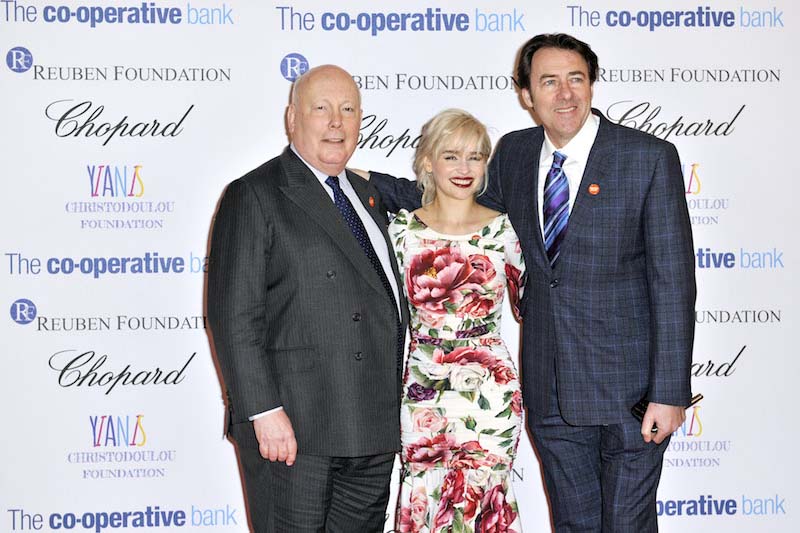 HRH The Duke of Cambridge celebrated the achievements of homeless young people at The Centrepoint Awards at Kensington Palace on Thursday 8 February 2018. Now in its third year, The 2018 Centrepoint Awards was supported by The Co-operative Bank.

The Duke, Centrepoint’s patron since 2005, recognised the success of seven young people who have been helped by the charity. Centrepoint provides homeless 16-25 year-olds with support to find work and tackle physical and mental health problems, in addition to a safe place to stay.

The Centrepoint Awards celebrates the courage shown by young people in turning around their lives after experiencing homelessness. The Co-operative Bank was inspired to give its support to this year’s event after working with Centrepoint in Manchester.

Liam Coleman, the Bank’s Chief Executive said: “The Co-operative Bank is proud to support the 2018 Centrepoint Awards. With values and ethics at the heart of our business, we have a history of standing up for causes that matter most to our customers. Over the past year, together with our customers and colleagues, we’ve raised over £450,000 to support Centrepoint’s efforts in tackling youth homelessness through the UK. It’s a privilege to witness and celebrate the stories of these incredible young people and see the invaluable impact Centrepoint is making on their lives.’

The winners – recognised for their success in areas such as Education, Sport and Personal Development – were selected by a panel of the charity’s staff members.

Centrepoint supports more than 9,200 homeless young people each year, directly in London, Manchester, Sunderland and Yorkshire, and through partner charities across the UK.

Not found what you're looking for?

Visit a branch
Call us

This website uses cookies. We use strictly necessary cookies which are essential to ensure that our website functions properly. We use performance, functionality, and performance and advertising to improve our service and personalise your visit where you have given us permission. To continue to use the site and all functionality please select “I Consent” to proceed. If you wish to manage the cookies that we use on your visit please select “Manage Cookies” or for full details please see our cookie policy.